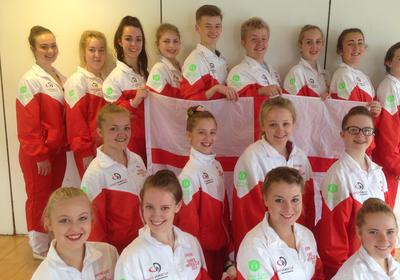 Totnes School of Dance are heading off to Romania tomorrow to represent England in The Dance World Cup! We would like to thank everyone who has helped us with our fundraising and made this possible. Inter Line Building Supplies have sponsored us and helped provide the team tracksuits.Many shops & businesses in Totnes & the surrounding area have been very supportive and have provided raffle prizes etc: Morrisons, Sainsburys, Conker Shoes, Totnes Bookshop, Penelope Tom, Gazebo, Toyday Toyshop, Camera Shop, Cranches, China Blue, The Linen Cupboard, Prim & Proper, Out of the Blue, Que Sera, Sharpham, Babbacombe Theatre, Princess Theatre, Eden Project & Ocean BMW. Kevicc have been particularly very supportive & have helped 6 of their students to participate & other schools have also been supportive of our project: Coombeshead, City College Plymouth, South Devon College, South Dartmoor, Park School, Ivybridge Community College & Teign School! Our own ‘Friends of Totnes School of Dance’ have also been able to help & this is a wonderful addition to the school, run by parents, helping to make opportunities possible for everyone.WE hope to make everyone proud and the students will certainly be trying their best & putting Totnes on the World Map! Thanks to all. 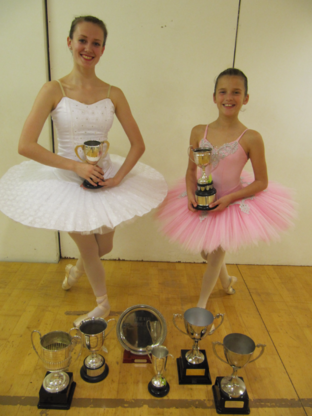 Chloe  and Grace , both students at ‘Totnes School of Dance’, won the Senior and Junior ballet Championships at the Torbay & South West of England Dance Festival. Chloe was a double champion-also winning the Senior Modern category. The school, now in its 20th year, had a very successful festival again this year winning 9 group sections and qualifying with no less than 26 groups for the All England ‘West of England finals’ to be held in Cheltenham in May half term! Other students also did exceptionally well and some were awarded adjudicators choice awards. Josie Garner was awarded ‘most promising dancer under 13’ and Jaimie Thomas the ‘senior endeavour award’. Jaimie was also runner up in the Senior Tap Championships and Josie was 3rd in the Song and Dance Championships! ! Other first places went to Tianna Cockburn, Ella Myers, Georgia Dumont, Alice Lentern, Talia & Annie Robens. The school, based at Kevicc in its own spacious sprung floor dance studios, has gone from strength to strength over the 20years that it has been established, culminating in this year students being selected to dance 3 groups and a quartet at the Dance World Cup to be held in Romania in July. Students and parents are working hard to try and raise funds for this World Cup venture and will be holding a festival showcase on 17th May 3pm at the dance studios in Kevicc to help raise funds. All are welcome to come and enjoy an afternoon treat of performance with refreshments! For further details please contact the school on 01803.866066 or email louisetotdance@blueyonder.co.uk. 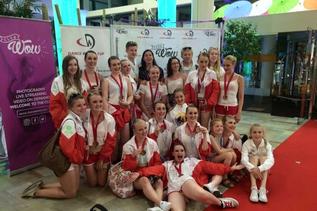 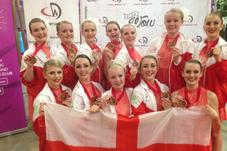 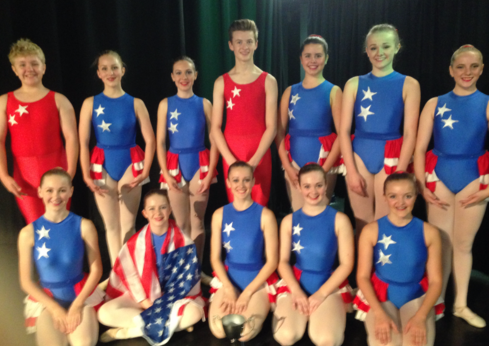 We are just back from representing England in the Dance World Cup in Romania and are pleased to report that we gained Bronze for 2 of our group dances, our 'Ascot' jazz group & our 'Pink tutu' ballet group! Everyone had a wonderful experience!

Totnes School of Dance were extremely successful in the dance section of the North Devon performing Arts festival held in Bideford at half-term. The school entered 6 group sections and gained 5 first places and a third!! Individual students also did amazingly well. A special mention to Georgia DuMont(14) who gained  1st places for ballet, lyrical, character, & modern. Annie Robens (7), who won her character, & a song & dance duet with her sister Talia, was awarded the Dawn Morrish cup for outstanding raw talent from the whole festival! Other overall award winners were Caspar Stevens for most promising boy under 9yrs, Sophie stone for most promising dancer 18yrs & under, and Talia Robens & Tayla Hayes who gained the highest overall duet mark! The following students all gained 1 or more 1st places: