Steve trained at Bretton Hall before moving to London to pursue a career in musical theatre. Steve has worked as either a musical director, musical theatre repertoire coach, ensemble singing coach, or vocal coach at many of the UK’s leading academies including: ALRA – The Academy of Live and Recorded Arts, The Arts Educational School, The Mounview Academy of Theatre Arts, The Guildford School of Acting, Italia Conti, The Central School of Speech and Drama, The Royal Academy of Dance, The Birmingham Theatre School, The Urdang Academy, The Sylvia Young Theatre School, The Poor School, LIPA – The Liverpool Institute of Performing Arts, The Pineapple Theatre School London, and The Elmhurst School for Dance – in association with the Birmingham Royal Ballet. Steve regularly guest teaches at Italy’s premiere school for the training of musical theatre - La Scuola Del Musical, based in Milan.

Steve has worked on a number of West End musicals either as an orchestral member, rehearsal pianist, or audition pianist; these include Disney’s Beauty and the Beast, Disney’s The Lion King, The King and I, and Oliver! He has also worked on a number of projects in association with the London Philharmonic Orchestra at the Royal Festival Hall.

Steve has accompanied ballet classes/auditions for Ballet Theatre UK, guest taught for the All England Dance Association (Molly Lake Awards), and has worked for the RAD and IDTA examination boards.

Steve frequently delivers his very successful musical theatre workshops to dance schools and musical theatre schools the length and breadth of the UK. Recent visits have included schools in Aberdeen, Gloucester, Sleaford, Bourne, Totnes, Scarborough, Tring, The Isle of Wight, London, Nottingham, Birmingham, Newcastle, and Stoke-on-Trent. Steve is very proud to lecture each year at the Chance to Dance (Southern Area) event based in Poole. 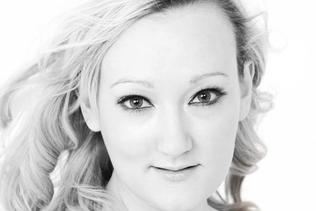 Megan Dowell started dancing at the age of 4 with Karen Collings at the Castle School of Dancing. She then went on to train at Totnes School of Dance before moving up to Bedford to start her professional training at Stella Mann Performing Arts College. There she gained a level 6 National Diploma in Professional dance & Performance. Since leaving college Megan has passed her Associate freestyle exam with distinction & has been enjoying teaching & choreographing. Megan also dances with 3 different local dance companies & performs regularly all over the country with James & Murphy productions in their ‘Spectacular’ shows.

Theresa Bowden (Body Conditioning) started ballet at the age of 3 & studied all disciplines of dance. Always into fitness, running for Devon & entering many gymnastic competitions, Teresa joined the army as a physical Training Instructor. After 3 ½ yrs Teresa followed her passion for teaching dance & fitness & qualified as a teacher of fitness taking a keen interest in ‘How the body works’ to deliver the best results when teaching dance & fitness. Teresa has a broad range of teaching skills & teaches Aerobics, flexibility, Yoga, Pilates, Conditioning ballet & Modern Dance. Teresa stated up a school of fifty plus children & at the end of the year put on a very successful show & for 6 yrs has also choreographed her local pantomime group.

Karen Collings (Fellow and Examiner for ISTD, Dip LCDD, Registered RAD & AUKA) trained locally before going on to the London College of Dance and Drama, the ISTD’s own training college.  She has run the Theatre side of Torbay’s oldest school, (Castle school of Dance), for 16 years as well as teaching freelance at vocational schools.  She is a dual examiner for the ISTD and a member of one of their faculty committees.  As an experienced choreographer she has created syllabus work for the ISTD and dances for videos, cruises and various companies both locally and nationally. 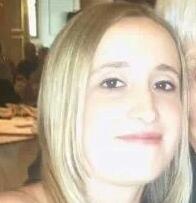 Cara Brown (BAHons, LRAD) began her dance career relatively late at the age of 13 taking lessons in ballet tap and modern, and she was a regular enthusiastic performer in the annual regional dance festivals.  By the age of 19 Cara had attained up to Advanced 2 level RAD ballet and ISTD modern and she subsequently won a scholarship to the Royal Academy of Dance in London.  Here Cara studied for a Degree course in the Art and Teaching of Ballet where she achieved a 1st Class Honours in her teaching assessment and an overall classification of 2:2 with Honours.   Cara has also obtained status as a Licentiate of the RAD granting her full recognition as a qualified RAD ballet teacher.  Cara joined the team at Totnes in 2003, another Academy graduate ready to contribute to the tradition of the school’s excellence in RAD ballet.  Since then she has grown in confidence and expertise as a teacher, teaching on both the Vocational and general class programmes where she has achieved excellent exam results with all of her students. 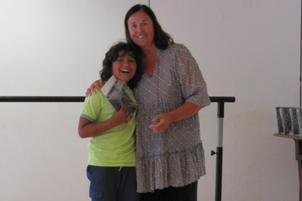 Principal
Louise Knapman LRAD, ARAD, AISTD, trained locally before joining the Royal Academy of Dance in London.  Whilst completing the 3 year Licentiate teachers course at the Academy, Louise also won several prizes including the National Dance & Choreography prizes.  She graduated as Head Student and went immediately to Thessaloniki, Greece, where she taught for 3 years.  Returning to England in 1994 Louise worked as a freelance teacher and choreographer in various local schools before co-founding Totnes School of Dance, (with Jo Cobain), in 1995.

Under Louise’s expert leadership the school has grown and flourished with a particular reputation for the excellence of the ballet. 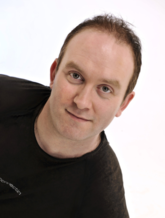 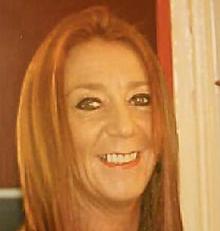 DAWN MORRISH  - ARAD  RADTC  ISTD (DDE)  RSA
Dawn trained in all disciplines of dance with the late Esme Preston at the Portland Dance Academy in North Devon. At the age of 18, she embarked on a professional dance career which has taken her all over the world, working with many high profile celebrities, as well as top choreographers including Dougie Squires, Peter Gordeno and Jerry Robinson. As well as dancing in pantomimes and summer seasons in the UK, Dawn spent many years dancing onboard luxury cruise liners where she was Lead Dancer and Head Girl. This lead to appearances on British and American Television. She has also performed in 3 Royal Variety Performances, the most recent being in 2017 at The London Palladium, in the presence of HM The Queen, as one of Dougie Squires Generation Dancers, as part of the line up for Dame Vera Lynn’s 100th birthday celebrations. Dawn is a very experienced teacher, having run her own successful dance school in North Devon for several years. She currently runs her own adult tap classes, as well as “Fitsteps” which have proved very popular.  Dawn is very proud to have achieved a 100% pass rate in students exam results, with many of her pupils following in her footsteps, now pursuing professional careers of their own.  Dawn relocated to South Devon with her family in 2009.  She loves being part of the Totnes team, and hopes to continue inspiring young students to fulfil their dreams!

Ryan began dancing at the age of 4 back home in Plymouth at the Linda Mortimore School of Dance. At 16, he embarked on furthering his training at Performers College which he was awarded a 3 year scholarship to attend. At college Ryan had a lot of performing opportunities. Whilst he was there,  he was performing  with’ Paul Daniels and Debbie Mgee’s  Magic Show’ in Weymouth, Dancer in New York for Brian Rogers with a cabaret in the Metropolitan Museum of Modern Art for the ‘ING Bearings Trust, Dancer for George Michael and Elton John in the Royal Albert Hall for Stonewall Equality Show, danced over in Holland with Gloria Gaynor, Pantomime in Blackpool ‘Dick Whittington’ where he played the Sultan of Morocco and dancer, also performing in Numerous cabarets around London like the Dorchester, Grosvenor and Hilton Hotel in and around London and more.

Ryan graduated from Performers in 2000 with his ISTD Associates in Modern and Tap with Distinction. He went straight into the touring musical ‘42nd Street’ UK Productions, then was a Royal Variety dancer and a dancer for Shirley Bassey in the ‘Royal Variety Show’ 2000, then followed by  Pantomime Snow White and the Seven Dwarfs in Manchester. After this Ryan started to rethink about what he wanted to do. Performing was never really where his heart truly lied, so he did his last job which was performing with the cast of ‘Fame’ on the BBC’s  ‘Generation Game Show’. After this he returned back home to Plymouth to embark on his teaching career.

Since returning back to Plymouth in 2001, Ryan went to teach where he trained which soon then became the Linda Mortimore and Ryan Moore school of Dance and also was teaching at Totnes School of Dance too. For 12 years he was teaching around the Southwest  developing his teaching skills. Whilst back in Devon he gained his R.A.D Teaching Certificate with Distinction and completing his DDE in Tap and Modern. Totnes School of Dance helped Ryan further his training by sending him off to Italy to teach in Pisa and was lucky to spend a day training at Opus Ballet in Florence which he found to be a invaluable experience and from here he started to think that he would like to try his hand at teaching at a professional level. On the choreographic side Ryan’s work has one numerous festivals in the Southwest over the years and also won the Choreographic Award at the Star Tap Award. Ryan’s students over the years has gone on to further their training at numerous dance colleges such as Performers College, Bird College, Laine Theatre Arts, Elmhurst School of Ballet, Rambert, Laban Centre and the Royal Ballet Upper School and many more and are currently working in the industry today.

So 12 years on, Ryan decided to take his teaching career further and moved to Essex to join the teaching faculty at one of the UK’s leading performing arts college, Performers College. There he joined the Jazz faculty and was the manager and head of Ballet in their junior school, Junior Performers. After 4 years at Performers he moved to Cheltenham to work and teach at Morea Performing Arts, and Corraine Collins Dance Studios where he could develop his teaching skills further in Jazz and Tap.

Ryan has now moved back to Plymouth to embark on a career change but is very happy to be back teaching at Totnes School of Dance where he taught previously for 12 years. 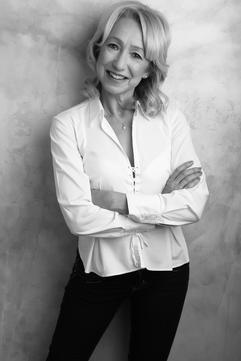